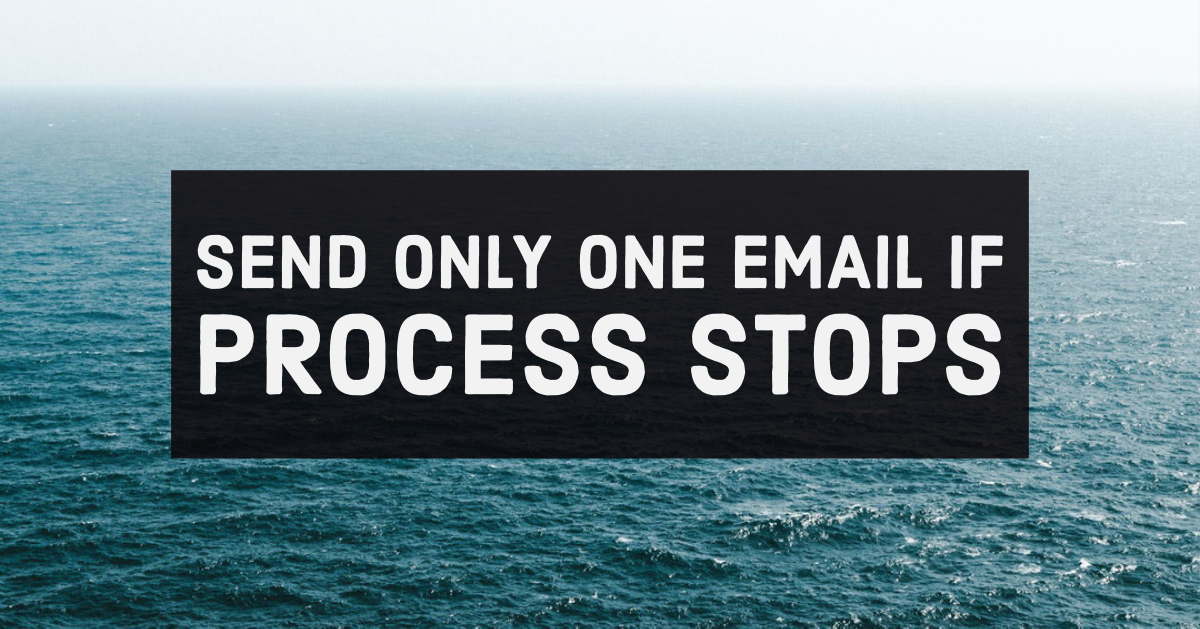 Send only one email if process stops

I needed a bash script that would only email me once if a process stopped on my linux box, so I put together a very simple, but effective script that:

I’ll explain each line in detail below.

We define the path for our flag file at the beginning of the script:

Next line defines the service that we want to monitor:

This line starts the continuous loop and will stop if the flag file exists in the specified path we defined in FLAG_FILE. Notice that we put “sleep 5” at the end of the loop. This is in place to throttle the script so that it only runs once every 5 seconds:

We’ll check if our service name is found in running processes:

That’s it, your script is now ready for use. It will essentially check if a certain process is running every 5 seconds and if it cannot find the process, it creates a FLAG_FILE and sends only one email alert.
The script resets itself when it exits the main loop by deleting the FLAG_FILE.

To run the script in the background, run it like so with nohup. This will keep the script running even if you close your terminal window: